Did you know that the paper bag was invented by a woman? Or that your car’s windshield wiper was also a woman’s invention? Or that a woman taught a computer how to “talk” by inventing the first universal programming language?

Throughout history, women have faced systematic barriers and gender discrimination. For centuries, women have made important discoveries and contributions to the world of innovation, science, and technology. In many cases, however, it took far too long for these discoveries and contributions to be recognized. In honor of women’s history month, TechBridge would like to celebrate and highlight the women who dared to challenge the status quo and, therefore, changed the world.

Augusta Ada Lovelace is known as the first computer programmer, and, since 2009, she has been recognized annually on October 15th to highlight the often-overlooked contributions of women to math and science. Lovelace’s opportunity came when she met Charles Babbage, the renowned mathematician who would become her friend and mentor. On June 5, 1833, she attended a flamboyant party brimming with London socialites, to whom she was making her début at the age of seventeen. There was Babbage, a widower in his forties, who spoke excitedly of an invention he called the “Difference Machine,” a tower of numbered wheels that could make reliable calculations with the turn of a handle. She understood the plans for the device as well as Babbage but was better at articulating its promise. She rightly saw it as what we would call a general-purpose computer. To honor her contributions, the U.S. Department of Defense named a new computer language “Ada” in the 1990s.

Margaret Eloise Knight was an American inventor most well-known for the machine she built to produce flat-bottomed paper bags. She is known as the most famous woman inventor of the 19th century. Knight founded the Eastern Paper Bag Company in 1870, creating paper bags for groceries similar to the ones we still use today. As a female inventor, Knight faced challenges and limitations. Later in her life, she was recognized as a leader among women, and her achievements were held as examples of success by women’s rights activists. Knight was inducted to the National Inventors Hall of Fame in 2005, and she is now a symbol of women’s empowerment.

The next time you’re on a rainy day commute, you can thank Mary Elizabeth Anderson for those nifty wipers on your car. She was an American real estate developer, rancher, viticulturist, and the inventor of the windshield wiper blade. On November 10, 1903, Anderson was granted her first patent for inventing an automatic car window cleaning device controlled from inside the car, a device which is known as the “windshield wiper” today. Back then, to improve their sight while driving, a driver had to open the window, lean out of the vehicle, or stop the car and manually wipe the windshield. Anderson identified the problem and its opportunity even before the boom in the automobile industry. In the early 1900s, cars were not widely owned or used, and Henry Ford’s Model A had not even been manufactured yet. However, only ten years later, the automobile manufacturing business had grown exponentially, and windshield wipers were standard equipment.

Alice Augusta Ball was an African American chemist who developed an injectable oil extract that was the most effective treatment for leprosy until the 1940s. She was the first woman and first African American to receive a master’s degree from the University of Hawaii, and she later became the first female chemistry professor at that same university. Alice Ball’s work directly impacted the eight thousand people that were diagnosed with leprosy and taken out of their homes in Hawaii. Because of her research, patients were no longer exiled to Kalaupapa, Molokai; instead, they were able to be treated out of their own homes. Families no longer had to hold funerals for their loved ones before they were exiled because there was no cure, and they had Alice Ball to thank for this. In 2000, the University of Hawaii honored Ball by dedicating a plaque to her on the school’s lone chaulmoogra tree behind Bachman Hall. In March 2016, Hawaii Magazine ranked Ball in a list of the most influential women in Hawaiian history.

Grace Brewster Murray Hopper was a computer pioneer and naval officer. She received her master’s degree (1930) and a Ph.D. (1934) in mathematics from Yale University. Hopper began her computer science career when all programs were written in numerical code, and she realized that programming would be more accessible if people could code in their own language. This realization led to her invention of the first complier in 1952, a tool that essentially taught computers to “talk.” She later co-invented the COBOL, the first universal programming language used in business and government. Hopper was not only a mathematician and computer scientist, but she was also a gifted teacher and communicator. She took particular pride in teaching: “The most important thing I’ve accomplished, other than building the compiler, is training young people,” she said. “I keep track of them as they get older and I stir ’em up at intervals so they don’t forget to take chances.”

Hedy Lamarr was an Austrian-American actress and inventor who pioneered the technology that would one day form the basis for today’s WiFi, GPS, and Bluetooth communication systems. Lamarr had an inventive genius as the gears in her inventive mind continued to turn. In 1940 Lamarr met George Antheil at a dinner party. Antheil was another quirky yet clever force to be reckoned with. The two came up with an extraordinary new communication system used with the intention of guiding torpedoes to their targets in war. After its creation, Lamarr and Antheil sought a patent and military support for the invention. While awarded U.S. Patent No. 2,292,387 in August of 1942, the Navy decided against the implementation of the new system. Lamarr also became the first woman to receive the Invention Convention’s Bulbie Gnass Spirit of Achievement Award. Although she died in 2000, Lamarr was inducted into the National Inventors Hall of Fame for the development of her frequency hopping technology in 2014. Such achievement has led Lamarr to be dubbed “the mother of Wi-Fi” and other wireless communications like GPS and Bluetooth.

Rosalind Elsie Franklin was the brilliant chemist whose x-ray diffraction studies provided crucial clues to the structure of DNA and quantitatively confirmed the Watson-Crick DNA model by essentially taking the first photo of DNA. However, she had no idea she would become the center of scientific controversy. Without her permission, the image Franklin took was shared with James Watson and Francis Crick, who were working on identifying the structure of DNA. Franklin’s picture allowed them to deduce that DNA took the form of a double helix; however, in their paper about the discovery, they only mentioned Franklin in a footnote. While Watson, Crick, and Maurice Wilkins received the Nobel Prize in 1962 for their contributions to science, Franklin had passed away due to cancer four years prior at the age of 37 and was not eligible for the award. Given how frequently Franklin’s contributions to unlocking the secrets of DNA are overlooked, especially in schools, her story remains one of the most famous and egregious examples of a female scientist being denied credit for her work due to sexism.

Marie Tharp was a pioneering American geologist and oceanographic cartographer who helped create the first scientific map of the Atlantic Ocean floor. Her revolutionary work revealed the detailed topography and multi-dimensional geographic landscape of the ocean bottom and revealed the presence of a continuous rift valley along the axis of the Mid-Atlantic Ridge, a shift in thinking that led to the acceptance of the theories of plate tectonics and continental drift. Despite being a woman in a male-dominated career, her work helped bring to life the unknown ocean world and helped prove important information about our earth’s development. The impact of Tharp and her mapping of the ocean floor is still with us. Even though she spent most of her career working in the background, today, we openly recognize her contribution to oceanic exploration as it changed the way people think about and study the rich topography of the ocean floor.

Annie Easley was a computer scientist, mathematician, and rocket scientist. She worked on Centaur technology at NASA — a high-energy rocket technology that uses liquid hydrogen and liquid oxygen to boost rockets into space. She also co-authored numerous papers about nuclear engines in rockets and she worked on solar, wind, and energy projects. Though she stayed for over 30 years at NASA, having “more good memories than bad,” she was clear-eyed about the racial discrimination she experienced. She was denied financial aid that NASA gave to other employees to pay for additional college courses. No reason was given. “Still, that is not enough to deter me from my life goals,” she later said. “You keep going, because there are people who have authority, and I think sometimes they abuse it. But it makes them think, ‘I’m in charge if I say no.’” Although Easley never had a movie made of her life, she was a hidden figure in her own right as a barrier-breaking mathematician and rocket scientist.

Mary Wilkes is a former computer programmer and logic designer. She is best known for designing the software for the LINC, one of the earliest systems of an interactive personal computer. Her use of the LINC at home in 1965 made her the first-ever home computer user, and her work has been recognized at The National Museum of Computing, Bletchley Park. Wilkes left the computer field in 1972 to attend Harvard Law School. She practiced as a trial lawyer for many years, both in private practice and as head of the Economic Crime and Consumer Protection Division of the Middlesex County District Attorney’s Office in Massachusetts.

Many of the products and technologies that we use every day are the result of the often unknown brilliance and innovation of women. From Wi-fi to rocket fuel to computer programming, women have invented and discovered amazing things but were often overlooked due to their gender. As we conclude International Women’s Month this year, TechBridge would like to remember the women, known and unknown, who have made a profound impact on this world.

Salesforce Nonprofit Case Management: Why Your Nonprofit Needs It Yesterday

December 14, 2021
Success for a nonprofit is defined by achieving your organization’s founding mission through expansive community...
Nonprofit Salesforce

November 15, 2021
The end of 2021 is approaching, and your organization is likely gathering financial data to...
Nonprofit Success Pack

TechBridge
Donate
What We Do 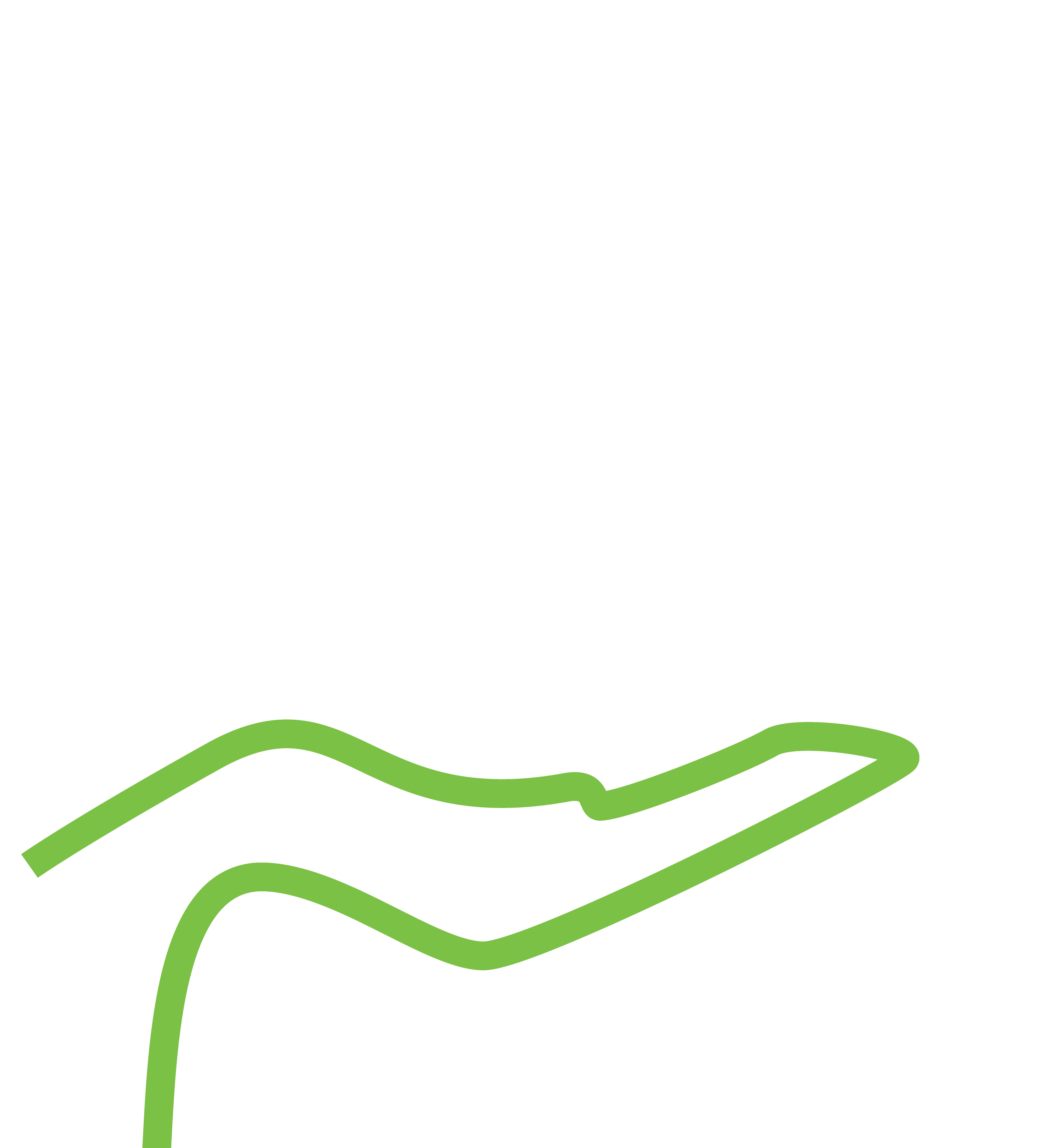 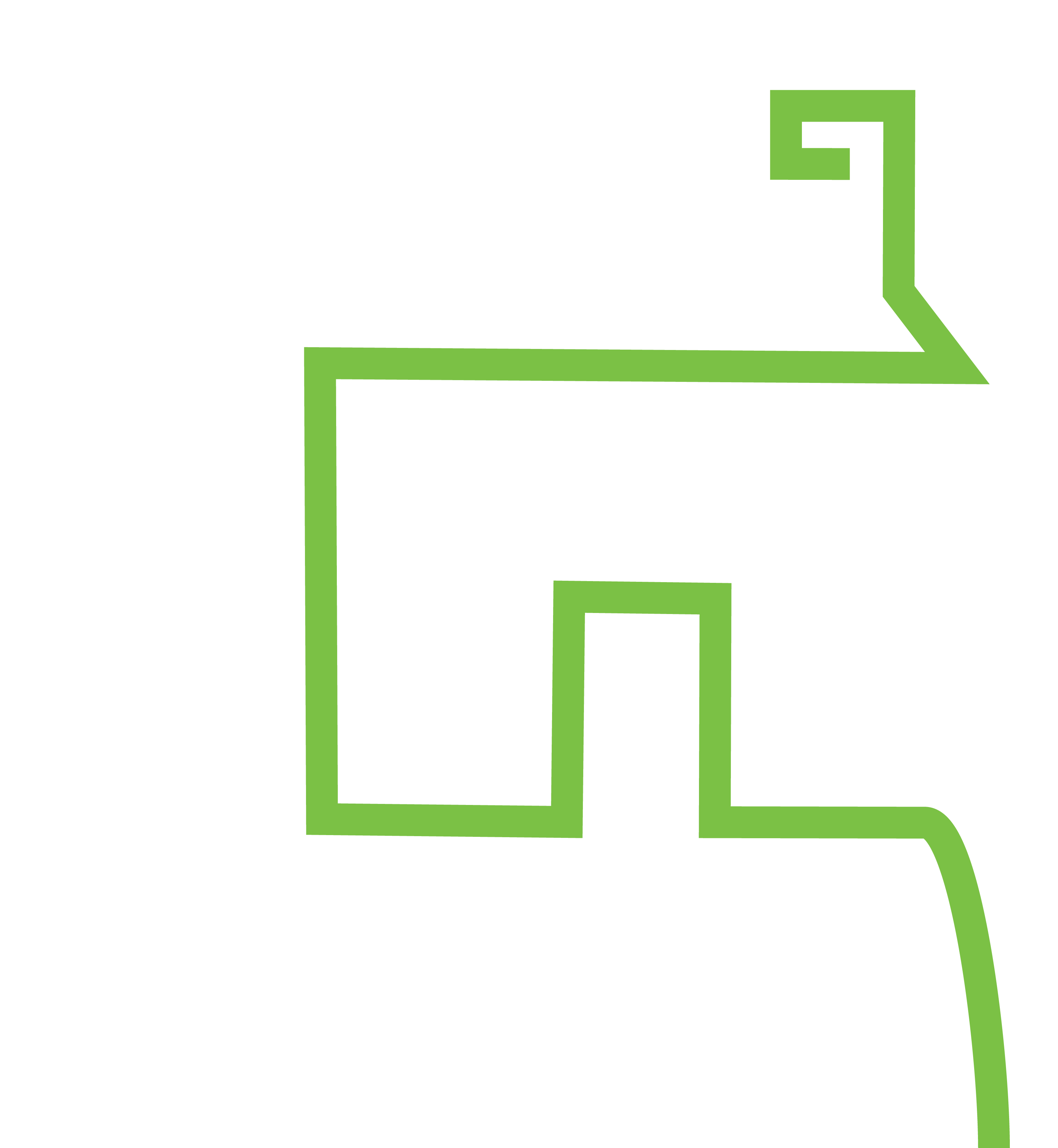 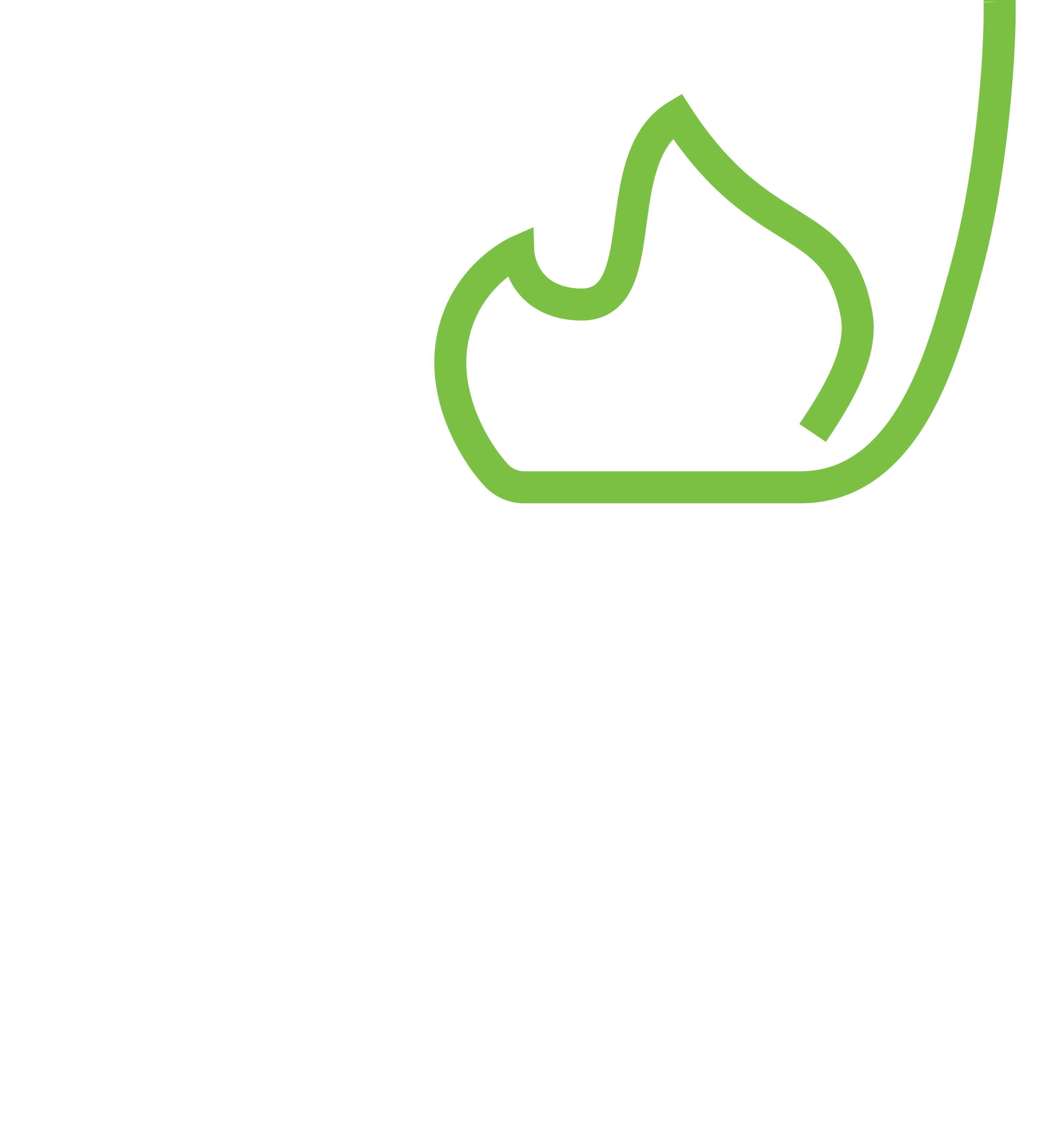 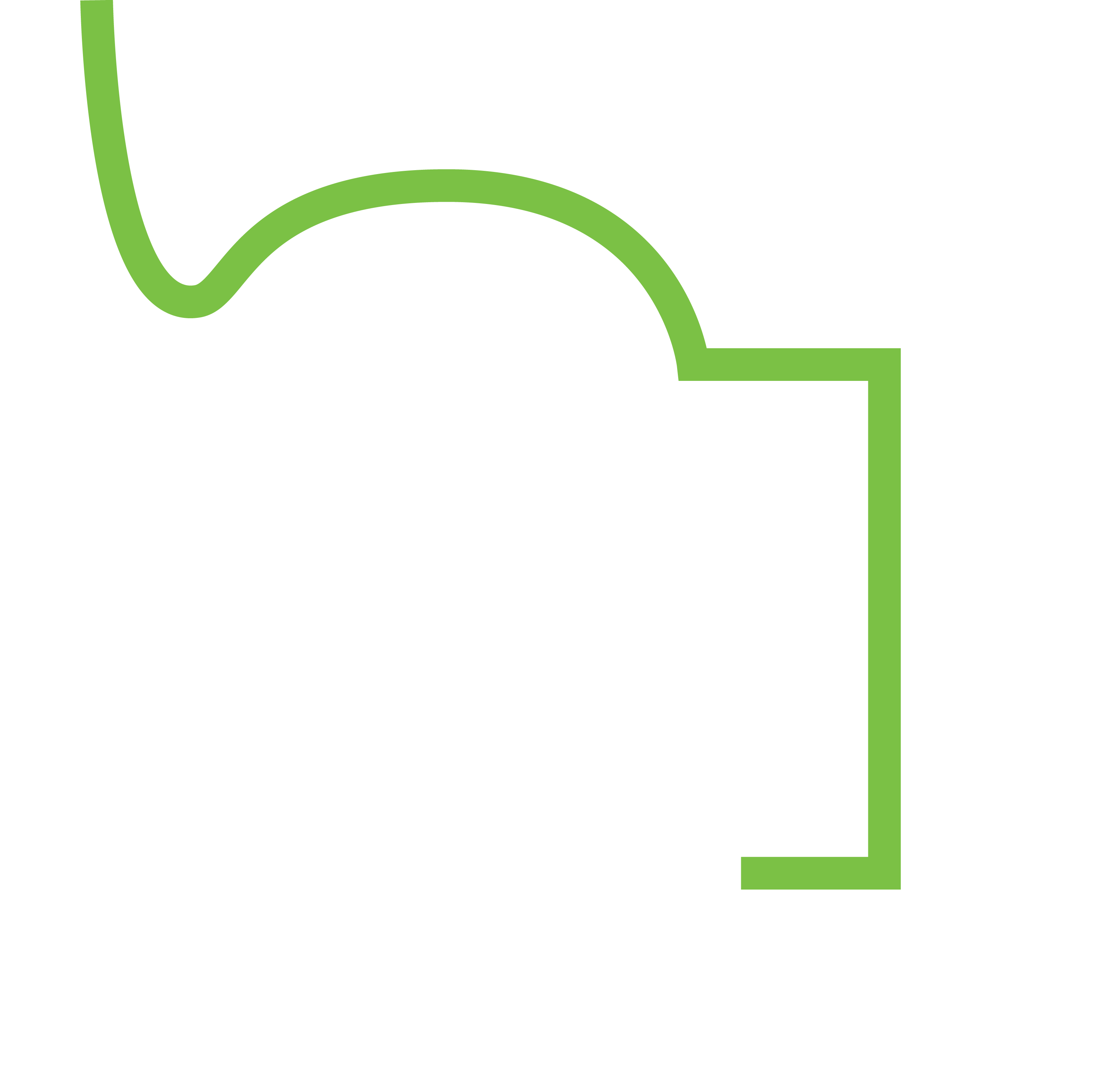